Shortly before he was discharged after spending months in the hospital recovering from his injuries, Jackson Hill and his family had the opportunity to reunite and thank the people who helped save his life.

Research Medical Center held a Great Save Celebration to honor EMS first responders from the Johnson County Ambulance District, the flight crew from LifeFlight Eagle and numerous teams from Research that helped treat Jackson after he was critically injured in a motorcycle accident on June 13. 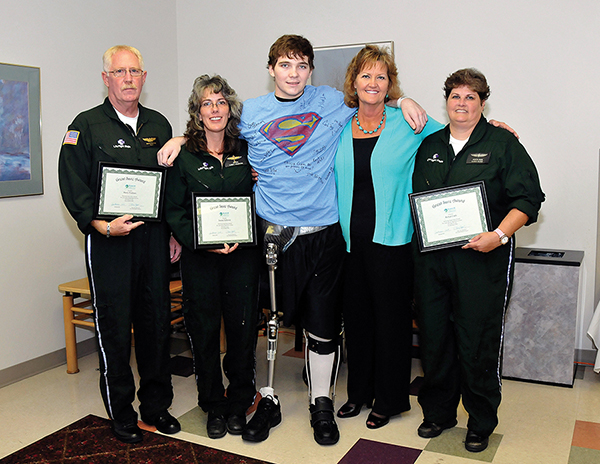 "I just continually praise the EMS people, the LifeFlight people," said Susan Hill, Jackson's mother. "If any one of those people had decided at any given point that they were going to quit — that it wasn't worth it — then he was gone, and I would not have my son here today."

"They're called. They're so blessed with the skill and the talent to do this. That's my message to the outside world — how blessed we are to have people like them in this world today. I'm very thankful."