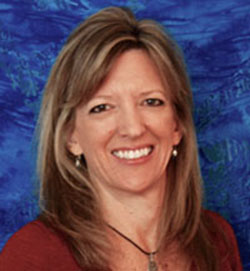 After surviving a helicopter-crash from a rooftop helipad in Olympia, Washington in October of 2005, one month after a crash in which three of her friends and colleagues perished, flight nurse Krista Haugen found herself in uncharted territory. The ripple-effect of experiencing such a loss followed by a helicopter crash was profound personally and professionally. She quickly became aware that the magnitude of resources needed after this type of trauma were not readily available. So when she heard of the helicopter EMS (HEMS) crash in Kalispell, Montana in November of 2006, she called to offer support to the crew, who had all survived. She eventually heard back from flight nurse Megan Hamilton, and in sharing their post-crash experiences they began to recognize similarities and the importance of networking for support.

This was reinforced when Megan “paid it forward” and called to offer support to the survivors of a helicopter crash in Kansas in August 2007. Flight nurse Teresa Pearson responded to her call. These three flight nurses found invaluable support in sharing their post-crash experiences with each other. Their ideas were confirmed after they spoke about their experiences at the Air Medical Transport Conference (AMTC) in 2009. Many industry members approached them in support of their efforts, and shared their own experiences of difficult flights, loss of colleagues, and the emotional toll of caring for patients who had left indelible impressions on their hearts and minds.

It was at AMTC that Krista, Megan, & Teresa met Jonathan Godfrey, himself a sole survivor of a HEMS crash. The four compared notes and recognized a gap in the air medical transport industry that they had the passion and ability to fill. They determined that the development of a network and venue for support industry-wide was paramount. So as not to exclude their colleagues in ground transport, the Survivors Network for Air & Surface Medical Transport was born.

Eventually the group would come to recognize that an incident or an accident impacts far more people than just those directly involved. There are flight crew members, communication specialists, pilots, mechanics, administrators, programs, support staff, families, friends, and communities who are “survivors” in their own right as well. Further, the cumulative stress, secondary or vicarious trauma, and compassion fatigue, and the post-traumatic stress that air medical and emergency response professionals may experience over the course of their career make them “survivors” too.

In order to be further inclusive of the volunteers and professionals with whom we serve side-by-side in the field and within the hospital, the name of the network was changed to the Survivors Network for the Air Medical Community.